The FES offices in Moscow and St. Petersburg existed from 1989 until April 2022. The Russian attack on Ukraine has made our work in Russia impossible. Subsequently our offices were shut down by the decision of the Russian government. Current official policy of the Russian Federation does not welcome any meaningful societal dialogue; it knows only friend or foe.

However, our commitment to our partners in the Russian society who share our values of freedom, solidarity, equality and justice remains intact.

We continue to work towards a vision of Russia that can reckon with its past and embrace its future built on respect and just peace with its neighbors. This includes not losing contact with critical, open-minded, and progressive Russians. Even if we cannot continue to work inside the Russian Federation, we will continue to work with our partners abroad and in exile.

Friedrich Ebert (1871 - 1925), a trained saddler from Heidelberg, was politically and trade union active in Bremen at an early age. Active in the SPD party executive in Berlin since 1905, he became a member of the Reichstag in 1912 and one of the leaders of the Social Democratic Reichstag faction in 1916. He had already been elected party leader of the SPD in 1913 after August Bebel's death.

After the victory of the 1918 revolution, he co-chaired the revolutionary government, the "Council of People's Deputies". He was a staunch opponent of the "dictatorship of the proletariat" and a Russian-style council system, advocated parliamentary democracy and pushed through elections to the Weimar National Assembly, which elected him Reich President on 11 February 1919.

During his term in office, he aimed for political and social balance between the working and middle classes and rejected class-struggle policies, which was not without controversy even within the Social Democracy. During an unprecedented smear campaign, Friedrich Ebert died of appendicitis on 28 February 1925. He is buried in Heidelberg five days later. On his gravestone is his motto: "The good of the people is the goal of my work".

With the donations collected at the funeral service on 3 March, the Friedrich Ebert Foundation is founded in accordance with a resolution passed by the party executive on 2 March 1925. Its aim is to enable destitute working-class children to study at university.

What is the Friedrich Ebert Foundation?
The FES is the oldest political foundation in Germany. It is named after Friedrich Ebert, the first democratically elected president of the German Reich. As a party-affiliated foundation, the work of the FES is guided by the basic values of social democracy: freedom, justice and solidarity. As a non-profit institution, the Foundation acts independently and aims to promote pluralistic social dialogue on the political challenges of the present.

The FES sees itself as part of the social democratic community of values and the trade union movement in Germany and the world. Through its work at home and abroad, the Foundation helps people to participate in shaping their societies and to stand up for social democracy.

Around 660 staff members work in the spirit of the Foundation's mission statement at the head offices in Bonn and Berlin, in 14 regional offices throughout Germany - locations in Germany - and in more than 100 representations abroad.

The central task of the FES is political education and advice. It provides basic knowledge about politics and thus enables access to current debates. As an international think tank, the FES provides impulses for a policy of social democracy - not only in Germany, but worldwide. The Foundation has been an established partner in German foreign and development policy for decades. The ability to bring key people together is a particular strength of this international work.

On 2 March 2015, the FES turned 90 years old. Change and constancy have shaped the history of this foundation. The values of social democracy have always remained the basis of all its activities. Today, the FES educates and advises, supports and networks people, organisations and movements everywhere who share these values.

Archive of Social Democracy in Bonn

Friedrich Ebert was the first President of the Weimar Republic from 1919 to 1925. He advocated the establishment of parliamentary democracy, saw himself as the president of all Germans and pursued a policy of social equality. Born on 4 February 1871 as the son of a tailor in Heidelberg, Ebert completed an apprenticeship as a saddler after primary schools. During his years as an itinerant craftsman, he joined the SPD in 1889 and became active in the saddlers' association. 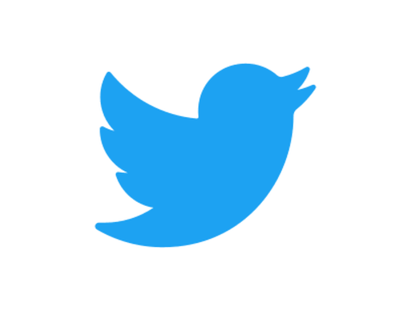 The Friedrich-Ebert-Stiftung (FES) is a non-profit German foundation funded by the Government of the Federal Republic of Germany, and headquartered in Bonn and Berlin. It was founded in 1925 and is named after Germany's first democratically elected President, Friedrich Ebert. FES is committed to the advancement of both socio-political and economic development in the spirit of social democracy, through civic education, research, and international cooperation. Friedrich-Ebert-Stiftung is the oldest political foundation in Germany.

This site uses third-party website tracking technologies to provide and continually improve our services, and to display advertisements according to users' interests. I agree and may revoke or change my consent at any time with effect for the future.